On January 9th, Republican Senator Olympia Snowe and Democrat Byron Dorgan reintroduced the Internet Freedom Preservation act to the Senate. Better known as the Net Neutrality Act, the bill was killed by the Senate last year in a vote split down party lines (Democrats yea, Republicans nay), with the exception of Senator Snowe. With the Democrats having a slight majority in the Senate, the bill certainly has a better chance this time around, but it still needs 60 votes to prevent a Republican filibuster. 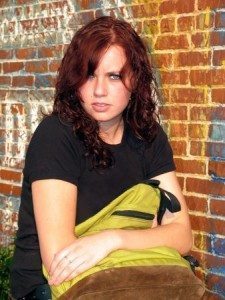 The impetus for the bill started back in 2005, when broadband network executives began discussing the possibility of charging companies that use a high percentage of bandwidth. Most notably, in an interview with a Business Week, SBC chairman Ed Whitacre Jr (now AT&T CEO) stated: “How do you think they’re going to get to customers? Through a broadband pipe. Cable companies have them. We have them. Now what they would like to do is use my pipes free, but I ain’t going to let them do that because we have spent this capital and we have to have a return on it. So there’s going to have to be some mechanism for these people who use these pipes to pay for the portion they’re using. Why should they be allowed to use my pipes?”

Whitacre went on to say, “The Internet can’t be free in that sense, because we and the cable companies have made an investment and for a Google or Yahoo! or Vonage or anybody to expect to use these pipes free is nuts!”

Whats nuts is that he actually said that. What followed was a grass roots uprising from Internet companies, consumer groups, and bloggers, concerned about broadband service providers having the ability to determine what applications and services are provided to the Internet consumer. Conceivably, even searches performed on the Internet could lead directly to a site owned by the provider.

Broadband service providers already charge consumers up to $60 a month for Internet service, and now want to turn around and charge companies like Google, Yahoo, YouTube and Vonage for their bandwidth usage. What you see on the Internet would be totally under the influence of your broadband service provider the so called Gatekeeper, and a once free and unfettered Internet would evolve into a scripted and censored interactive television network.

And what about up and coming technologies such as Voice over IP telephony? If you dont pay, you dont play! The pure play VoIP providers like Vonage, Packet8 and Skype offer some of the lowest rates in the history of the Telecommunications industry. Wouldnt AT&T, Verizon, and Comcast just love to tax these companies right out of business! These big boys also offer VoIP phone service, but prefer to start at $40 calling plans rather than the pure plays $10-$20 plans. At 3 million and growing, consumers are realizing the value of Internet Telephony. Let the Gatekeepers charge for the pipe, and the little guys are sure to suffer, as will the consumer in the form of higher prices.

The Gatekeepers complain that they built the network, and they should be able to recoup their investment. Fine, but does that mean they should be able to shape the face of the Internet? Companies like AT&T need to find another way. The Internet was and is a place where the little guy has as good a chance as any to make it big. Google, YouTube, Skype and Vonage all started small, and are now leaders in their Internet industry.

The Net Neutrality act would prohibit service providers from blocking or degrading access to Internet content and services. They also could not prevent consumers from connecting external devices to their network, with the exception of devices posing a threat to security. The prioritization of types of content, applications, or services would be allowed under the condition that it is done free of charge, and that it is done for all types of that particular content. For example, the prioritization of packets to insure Quality of Service for Voice over IP must be done for all VoIP providers free of charge to them.

Whitacre and company (AT&T) recently agreed to adopt the spirit of net neutrality for a period of 2 years so that they could get approval from the FCC to merge with Bell South. It worked! Bell South and Cingular Wireless will soon be known, once again, as AT&T.

Senator Dorgan maintains that the Internet was a place where anyone with a good idea could create a business. “The marketplace picked winners and losers, not some central gatekeeper,” said the Senator. “That freedom–the very core of what makes the Internet what it is today–must be preserved.”

With a new sheriff in town, maybe, just maybe it will be.