As business owners, one of our main concerns is to find and utilize the most effective and economical way of getting our message out to potential customers. So is email still a viable option?

Two years ago, the mantra of many marketing firms and social media experts was “Email is DEAD”. At that time it seemed possible that email might take second stage with social media being all the rage. However there is this funny little thing in the business world called “Reality”. Social platforms have made amazing strides in their reach and effectiveness, but I don’t see an architect communicating about a current project, reviewing blueprints or CAD drawings via Twitter or Facebook.

According to professors at the University of California Irvine, where a study was conducted on how workers interact with this technology, they found that on average, workers were checking their email inboxes 74 times per day.Â  Obviously email is still important to these individuals. 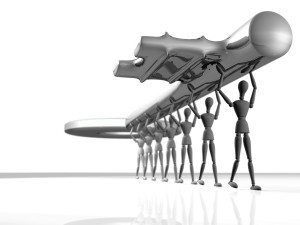 Let’s take a look at what is the most current effective way to get your message out. According to Experian Marketing Services, in the graph below, it shows what the most effective and most used channels are, and email is #2, ahead of social media.

Facebook and Google have each tried to replace email for the new generation. Google introduced Google Wave, in which the corporation billed as being the future evolution of email in 2009. But by August 2011, Google declared it was pulling the plug on the project after usage didn’t materialize.

Asana and Slack also promised death to corporate and business email. Their early usage appeared encouraging, however, the exclusive usage of these two platforms just hasn’t been accepted by the corporate world. Administrators and digital specialists state, for the time being, the idea of a world without email is really a pipe dream for the majority of corporate workers and consumers.

Email, in regards to marketing results, defied estimations and presented solid increases in 2013 revenue. And 2014 is shaping up to be more of the same, especially with the exploding market of mobile usage. Most marketing experts are very excited about continuing their advertising efforts with email, having invested much less into it, while getting much better success. Some companies are crediting marketing with email for 50 percent, or higher, for all their digital business income.

In review, the use of email, particularly for business purposes, seems to be here to stay. Personally, email is my main business communication device, second only to the phone, and that’s because some things need to be spoken, not typed.